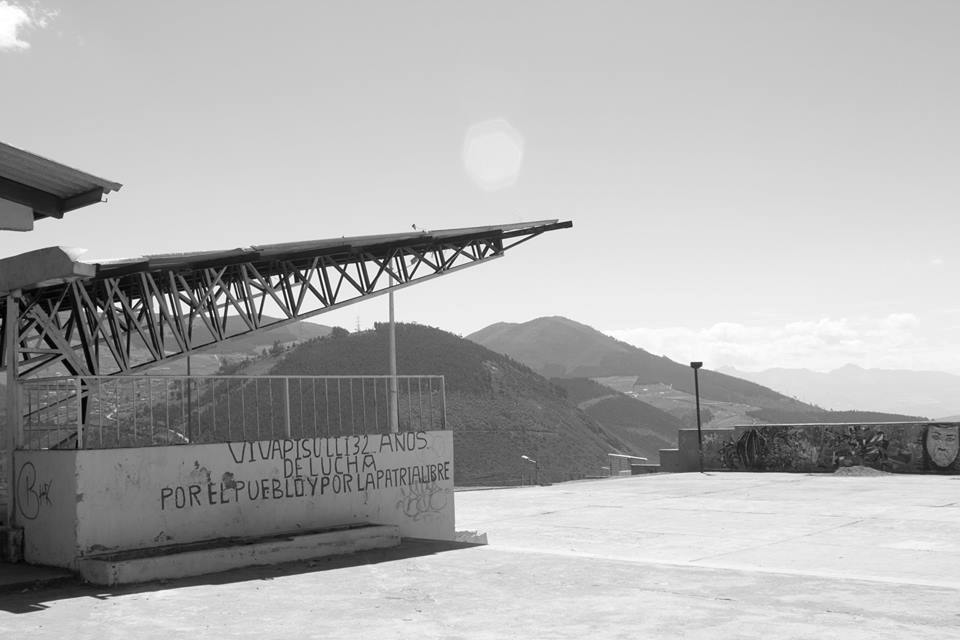 This project parts from the need to rethink the map conceived as a tool of social, geographical, political, cultural and artistic interpretation that reproduce hegemonic structures, knowledge and understandings.  It brings forward a different line of work, one which reacts to the contradictions that happen when gathering information from a territory turns into a readable instrument in the traditional map. This work is based on various exponents of the Critical Urban Theory coined by Brenner (2009). This theory rejects the technocratic mechanism of producing urban knowledge and seeks to uncover the power structures inherent in a territory while illuminating the landscape of socio political struggles. By using an ethnographic record of different social beings and an artistic view of walking and mapping, this project compares the empiric information with standardized data sources (indexes, maps, etc.). This process seeks to explore the sensitive knowledge in the physical space and give new meanings to the territory, by calling for a shared view from its inhabitants that overthrows the information in standardized maps. The stories and imaginaries from the people of Pisullí neighborhood create a flexible and changing knowledge that aims to enhance collective and individual viewpoints of the neighborhood’s dynamics, relations and realities invisible to conventional cartographies.

Archeology of the Minuscule

Archeology of the Minuscule started from questions about everyday objects that used to be part of a whole, and because of their use, wear and tear, or simply because they were lost became part of the city’s trash. The interest is set on small objects, the ones we do not see, but without which, the existence of a whole would be impossible.  A radio without the on and off button would not be a radio, as one could not turn it on to listen. A keyboard without the ENTER key would be useless, as the commands wouldn’t send. The machine stops being and working when it losses a screw holding the whole system together.  Archeology of the Minuscule tries to recover a story from the small object retrieved, it is a route that discovers and finds permanence and utility relations between the objects and their recent past.  Using Hal Foster words, this project tries to: “… rearticulate the institutional codification of art and artifacts: as objects turn into historical evidences and/or cultural examples the spectators embed them with value and characterize them” (2001:200).

Metáfora brings forward the initiative: “Germina, Urban Farmers Network of Tumbaco”, a project that seeks to implement a communal virtual platform where urban farmers, consumers and the curious may exchange or transact exceeding products efficiently. The interest is also set on identifying new spaces that can be used for communal enterprises. In order to come through with this pilot project, the aim is to activate the community of Tumbaco by using mapping methods, workshops and urban laboratories which involve players of both the civil society and the Agrupar organization interested in participating. The investigation will be released as a community map: a free access, virtual-geographic-information-system, with all the data generated during the process.

One’s childhood’s neighborhood, one’s path to get to school, grandpa’s and grandma’s block, a corner of amorous encounters: certain places in the city are impossible to let go, people live their affections in and with space. The laboratory Personal Geographies calls for the exploration of the intimate ways in which each person inhabits places significant to their personal story. Each participant pondered about a specific place with which they had an intimate relationship, and then started an aesthetic search exploring memory and space to create a personal and particular image of the city. Through readings, conversations and experiments during the sessions, graphic metaphors gave shape to collages that elicit the ways of inhabiting geographical places. Considering that various political actions in the defense of territory are based on emotional relations between communities and space, we propose to explore how the city transforms through intimate experiences; aiming to broaden the possibilities of cartography and the understandings upon territory. 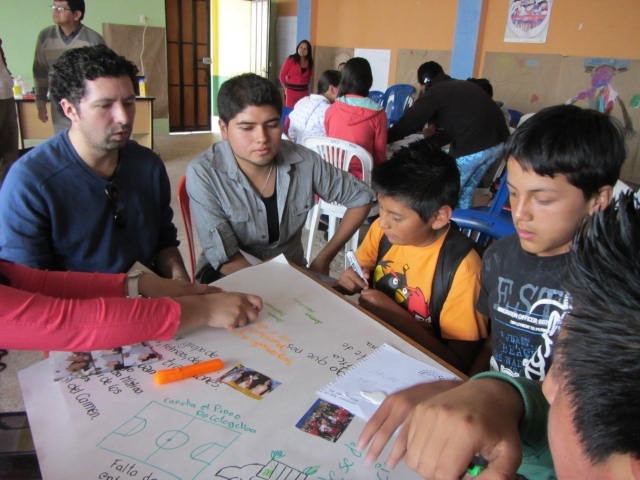 The Living Landscapes Laboratory occurs in the Cotogchoa parish and it is a space linking city-building to the Andean thought. This means that it values the cultural elements which support processes of community identity. As a mediation practice between the architecture students and the community, the laboratory aims for the rethinking of landscape and the ways of relating to it. To that end, from the very beginning the investigation considers the importance of both tangible and intangible landscapes in the community members’ creation of identity. By creating seed projects which ensure to transform the students ways of thought and action over a determined territory, the teaching department seeks to bring them closer to the different landscapes and realities so that they can interpret and value them. The link with the community engages the students to work collaboratively with their members through participative projects which boost the development of their living place. As a result, this project brings forward a critical mapping that shows influence of the agricultural, industrial and craft making activities in relation to the cultural identity of the Cotogchoa parish. 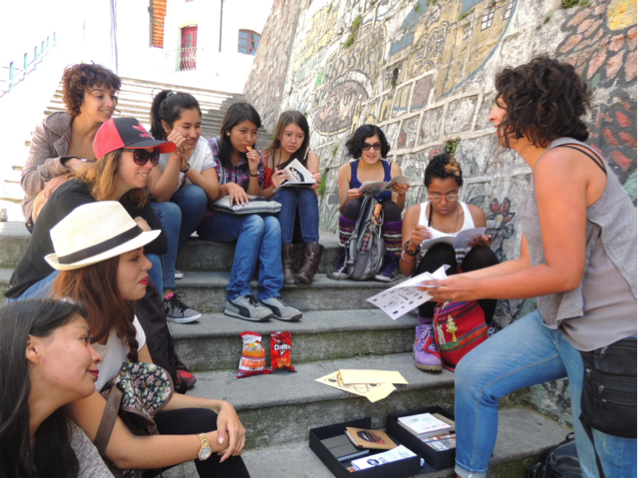 FANZINEDERIVA. The Street as Fanzine

The city is a territory of permanent negotiation. There is a relation of co-creation between the bodies and the space surrounding them: the body is created as it goes through space, and space is created with the body actions and from the relations it builds with other bodies and objects. Fanzinederiva is a way to experiment, appropriate, and co-produce the public space collectively; it encourages getting lost and discovering new ways of knowing, producing and inhabiting the city. This project foresees wandering, a conscious and receptive way of walking, as a street exploration method; mapping as an exercise of systematization and materialization of experiences and ideas; the fanzine as an excuse to appropriate the space, walls, floors, sidewalks, windows, as if they were pages that tell stories about our bodies and sensations in the city. The fanzine also works as a tool of interaction with the place and as a reciprocal gesture with what the territory gave us and what the street told us during the fanzinederiva. 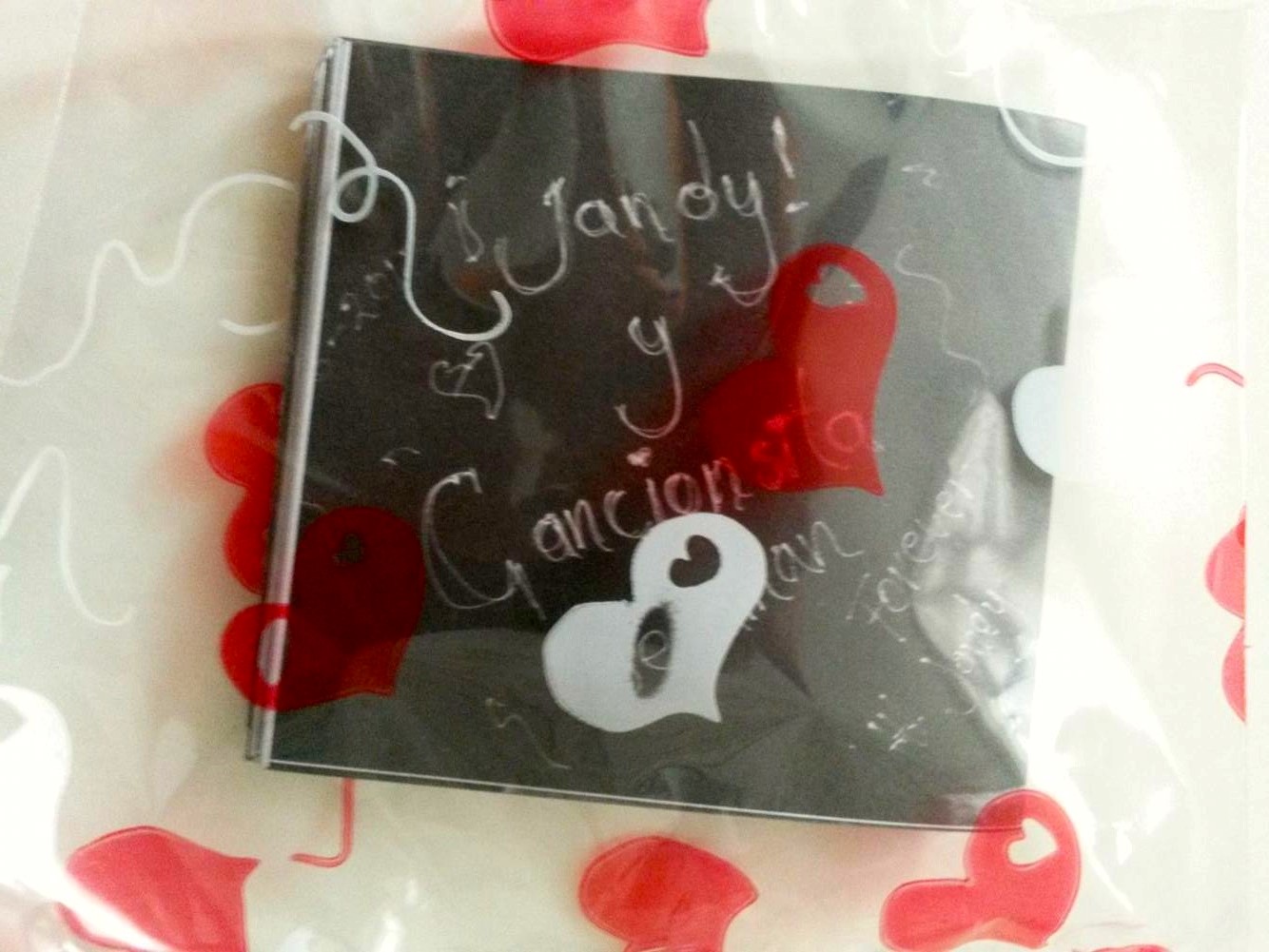 I hate you, I love you

“I hate you, I love you” is a project that explores reflections concerning the use of public spaces by ordinary people motivated by their emotions. In Quito’s Historical Center, the artists search and register anonymous and non-artistic urban interventions of emotions exposed to the public view, for everyone to know and see. The result of this enquiry is a self-published collection of photos of these public interventions, organized humorously according to five stages of romantic love: platonic love: tepe apa mopo (I love you), ecstatic love: para siempre (for ever and ever), the heartbreak: vales verga (fuck off) the resentment: te odio (I hate you) and the lost love yearning: vuelve (come back). The publication is dedicated to all the shameless hearts poured out on the wall. 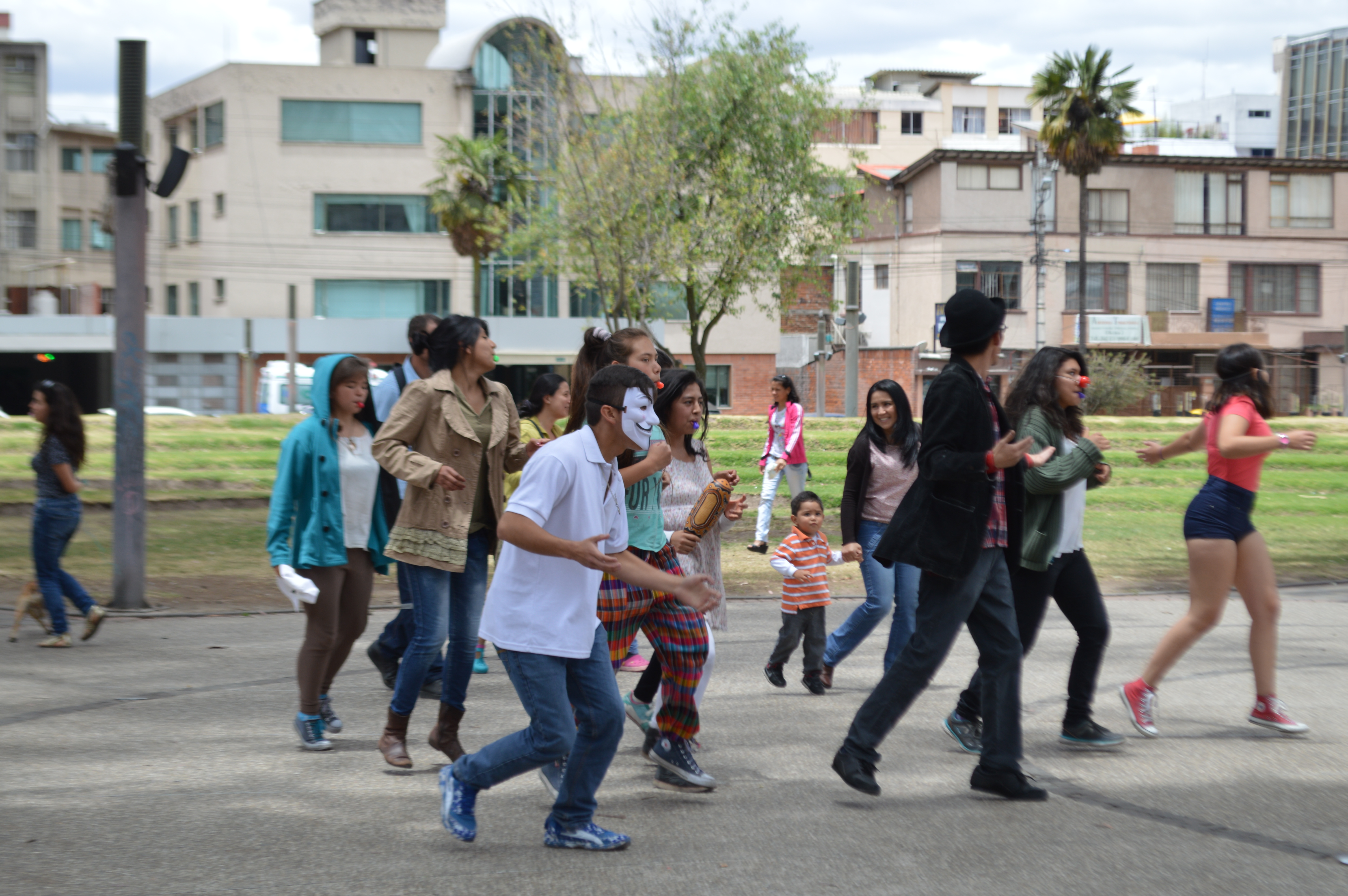 Take the Street! is an artistic experiment that brings together theater, social research and identity discourses. The laboratory seeks to relate the participants to social issues in their daily lives while establishing relationships with their own identity and ways of inhabiting the public space. Each participant creates a dialogue and a character to stage them in the public space as an act of taking the street. The audiovisual records of these performances show the tensions and the constant struggles of power when inhabiting the city. 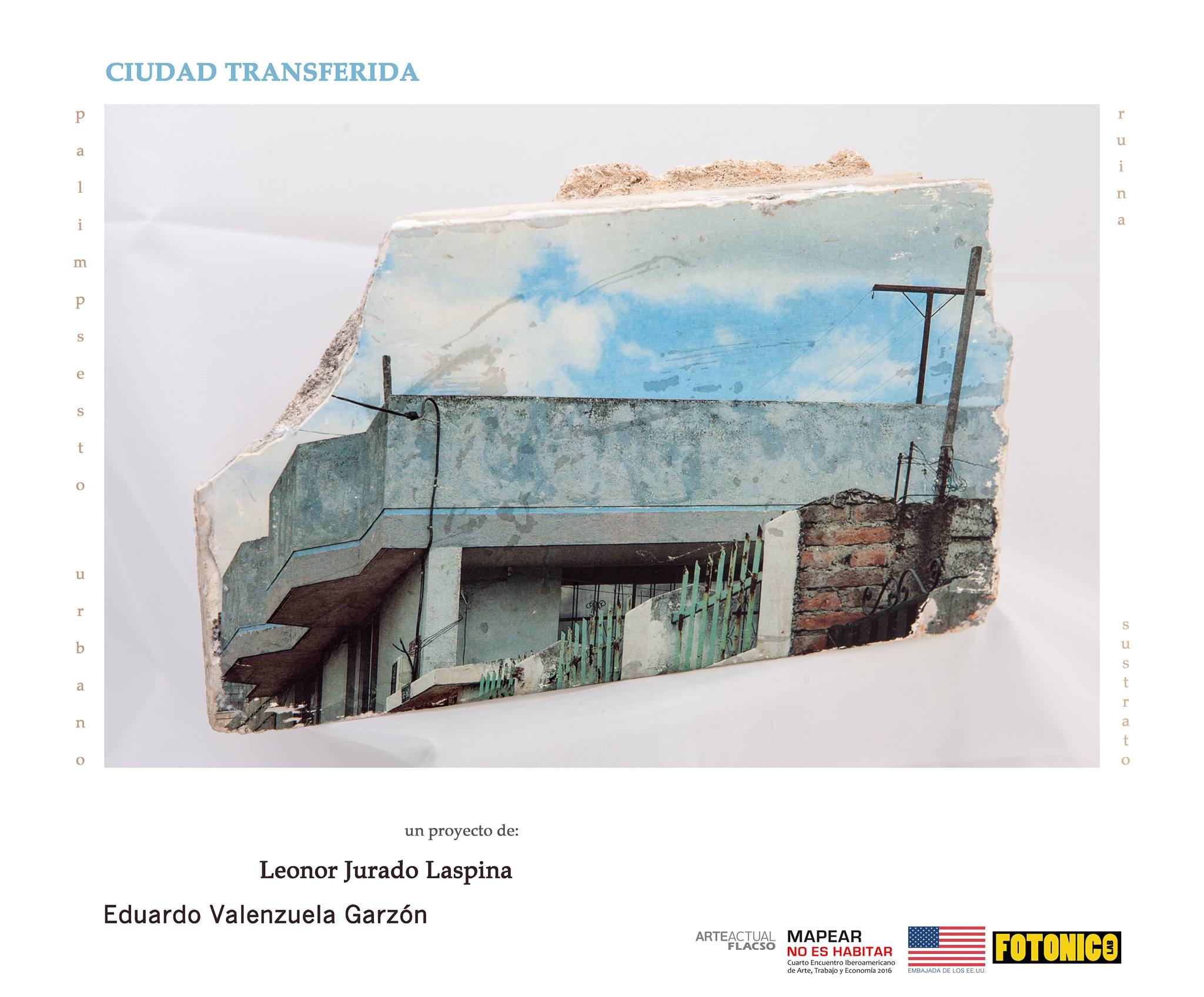 Quito is a city with clear divisions where infrastructure is rapidly changing propelled by urban expansion.  The concept of a neighborhood as a place for meeting and recognition among its inhabitants conflicts with the current models of urban development.  Transferred City is a visual project that captures the city from a perspective that is informed by the intermittent destruction/construction that citizens actually face. Using photography and Xerox transfers, these two artists superimpose their images on pieces of construction residue and building materials found around the city. These images describe the materiality of the city and examines how infrastructure functions over the individual. The photographic objects act as resistance of an architecture that disappears and simultaneously emerges from ruins, thus motivating the exercise of reflection on memory. 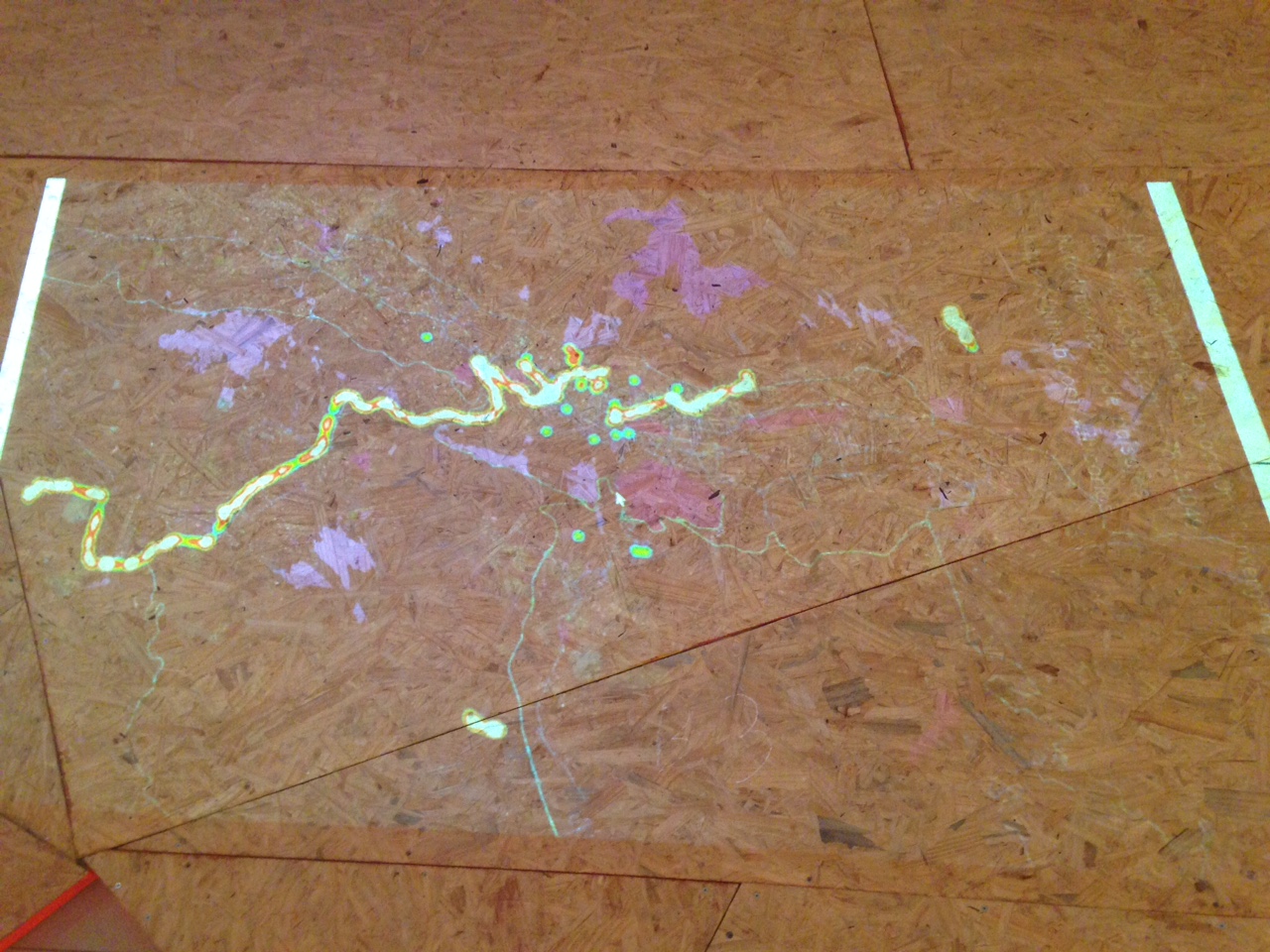 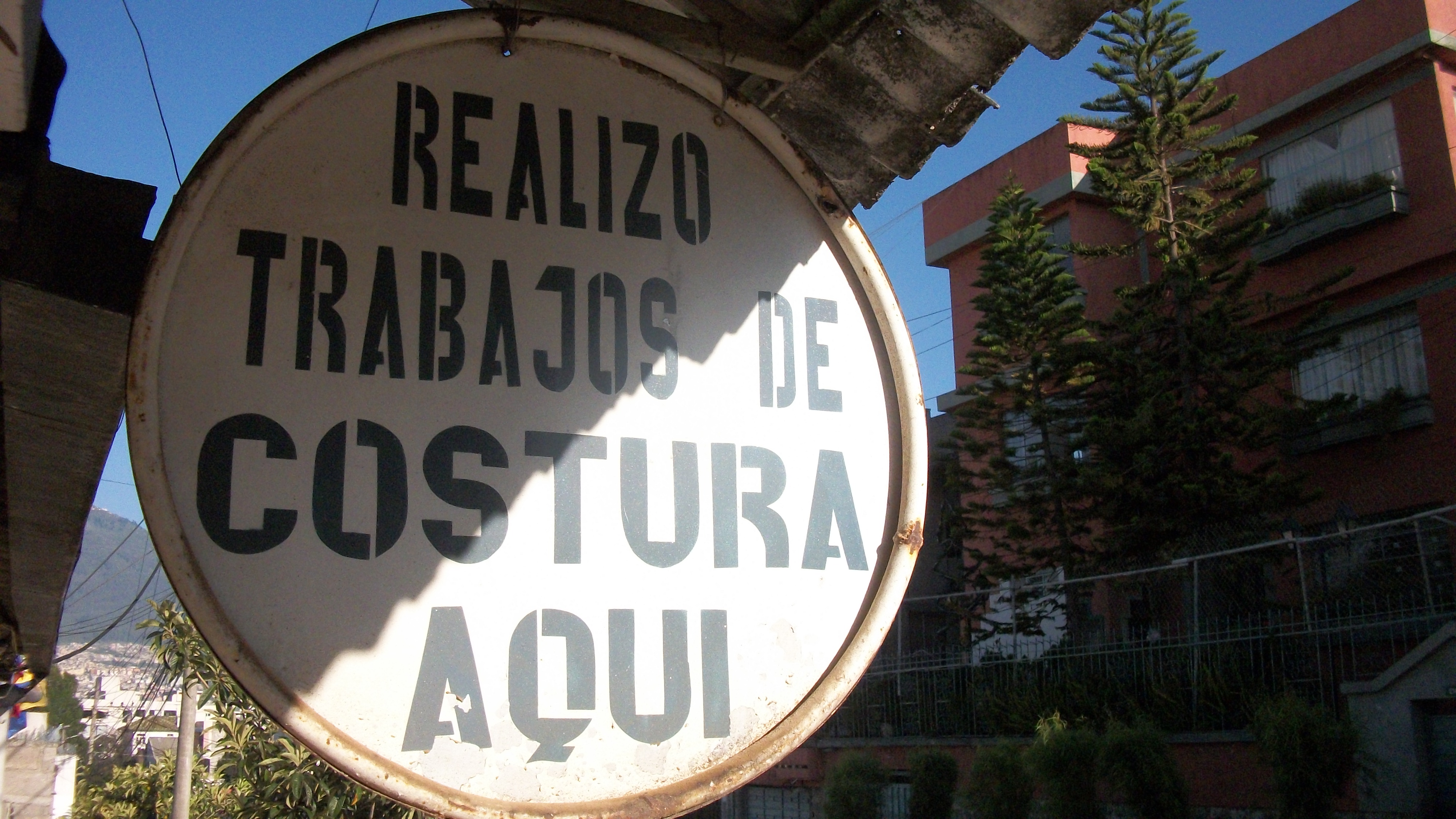 Since 2008 this project has developed a series of corporal, graphic, audiovisual and oral mappings in La Floresta neighborhood in Quito. The mapping unfolded throughout the territory articulates strategies parting from the (political) act of walking the neighborhood. The routes create maps which along with a broad archive (images, film sequences, graphic pieces, found objects, etc.) allow reading the tensions emerging from different points of view. 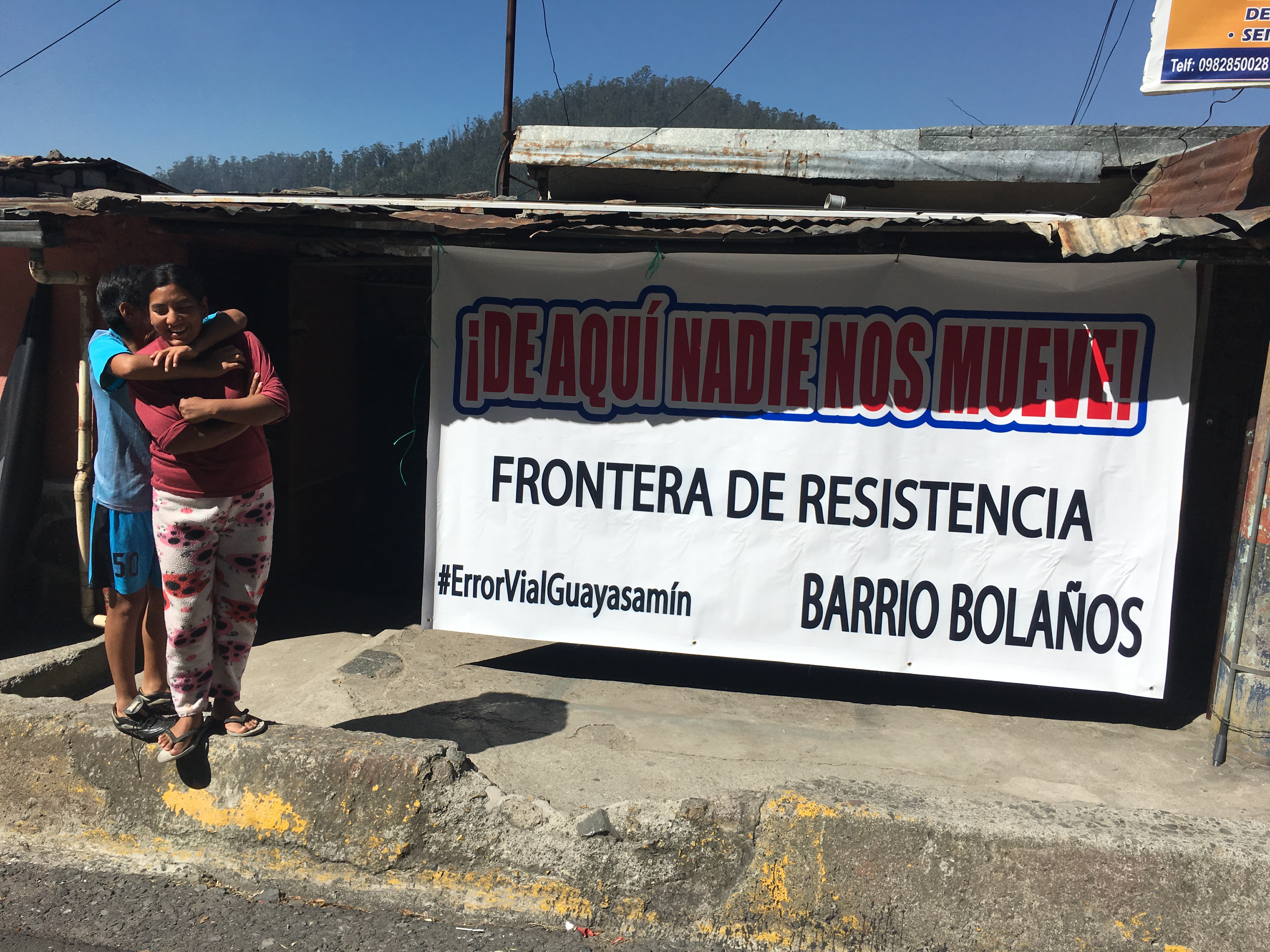 The project Zapallo Seeds: Historic Resistance and Women in the Defense of Barrio Bolaños seeks to highlight the segregation, omission and dismantle stages suffered by Barrio Bolaños’ inhabitants. The territory, named Barrio Bolaños nowadays, is an enclave with its own cultural cues, located in the hypercenter of Quito. The project brings to light the struggles for the territory, autonomy in colonial times, and even the citizen’s organization to defend their right to stay in their neighborhood, opposing openly to the town’s project to evict them for the construction of a stack interchange (Solución Vial Guayasamín). Furthermore, this work draws attention to the presence of a diverse group of women who inhabit this neighborhood and are nowadays organized to stop a big scale road project.